The old gothic building on Main Street East in Hamilton holds a special place in the memories of thousands of its former students. Cathedral Boys High School, which opened in 1928, welcomed male students until it was decommissioned and amalgamated with Cathedral Girls in 1992.

Carmen Salciccioli, director of The Good Shepherd Centre, is very familiar with the building.

“I went to school here,” says Carmen. “I graduated from Cathedral 50 years ago.”

He says it with more than a bit of pride and nostalgia because the classrooms and hallways that he once inhabited are now part of Good Shepherd’s emergency shelter program, with room for up to 47 men.

Social distancing restrictions caused by the pandemic have forced Good Shepherd to reduce the number of beds at The Good Shepherd Centre to 18 from 54. Its annual occupancy rate is 94 percent so we needed a place for men to go. Cathedral functions as an overflow – or surge – shelter that complements the men’s shelter.

Initially, the surge shelter was housed at First Ontario Centre in downtown Hamilton, home to sports and concerts before restrictions were imposed. It moved to Cathedral on Septembers 29. The Centre’s beds are always full, says Carmen, and Cathedral currently averages about 70 percent occupancy, “but we haven’t seen the really cold weather yet.”

The Cathedral shelter is a temporary measure that gives the men a place to stay when the city’s entire shelter system is under stress due to the pandemic. The size of the building allows us to plan for an increased number of emergency beds should the need arise.

“We’ve designed it so the men have their own space and their own separate beds,” explains Carmen.

Among the services provided by Good Shepherd are showers, food, a large lounge with a television, and healthcare. 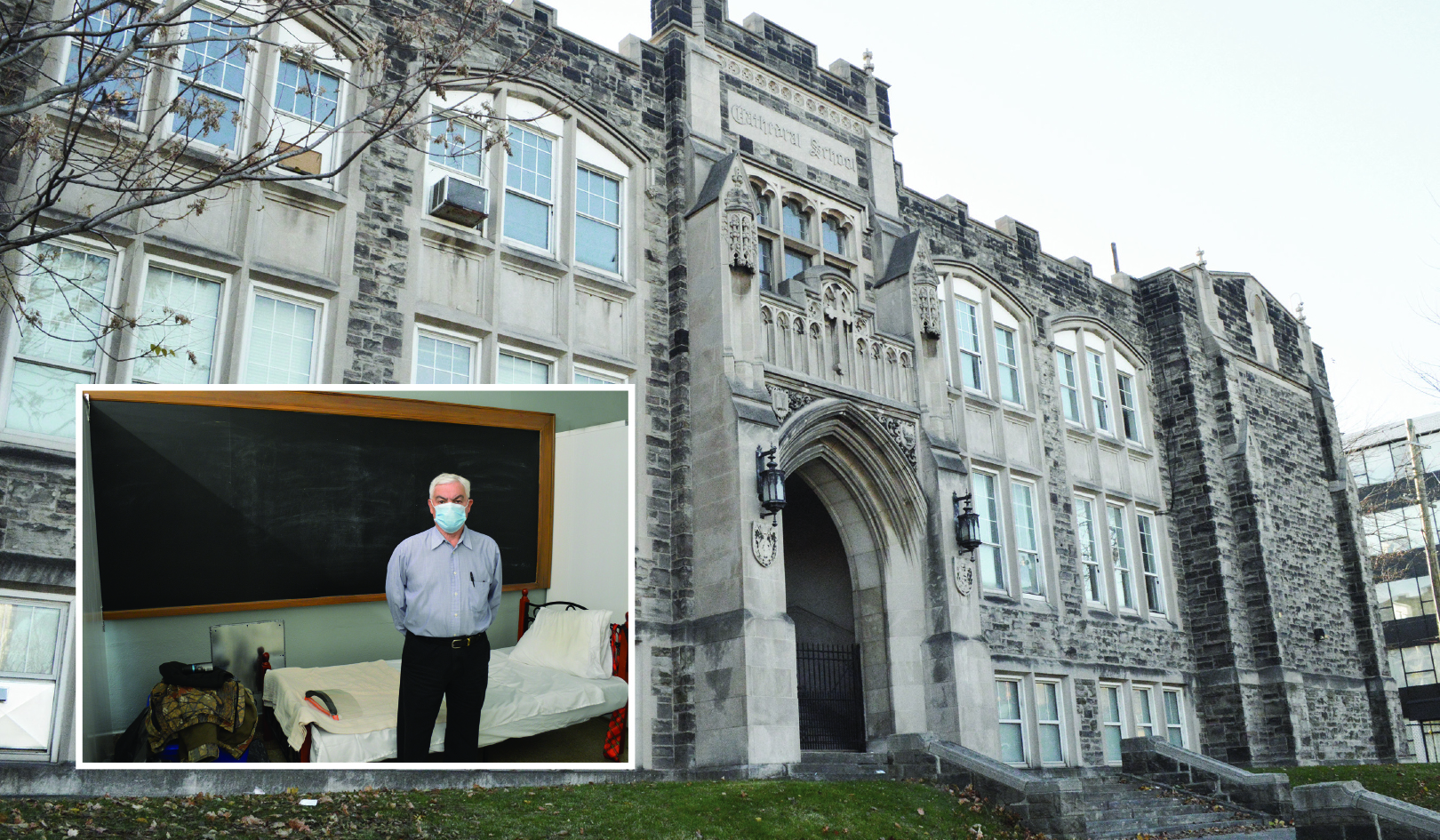